Colne first became part of the passenger rail network when the final section of the  Leeds and Bradford Extension railway was opened on 2 Oct 1848. The following year, on 1 Feb, this was met end-to-end by the Blackburn, Burnley, Accrington and Colne Extension Railway, and Colne Station was opened.

There was already another railway in town though.

Railway Street is nowhere near the Colne’s train station or any existing railway line. This has not always been the case, but it was no ordinary station or line which gave the street its name. In January 1836, Ingham Walton, a surveyor from Barrowford, received a letter which talked of the intention of the trustees and executors of John Hargreaves to build a railway, “already staked out“, from Colne Waterside to the town of Colne to transport coal from the drift mouth.

The “drift mouth” was the entrance to Foxclough Colliery on the south side of Colne Water, a little to the east of Waterside Bridge. The railway, or “Tram Road”, can be seen on the 1845 6 inch to the mile Ordnance Survey of Colne.

The five feet to a mile Ordnance Survey map of 1851 shows it and the colliery it came from in wonderful detail. I wonder how far the tramroad went into the hillside? The engine house would have contained a steam engine – well placed for fuel – but it is not clear from the map what it was there for. Was it pumping water from the mine into the river? Or, was it hauling hewn coal from inside the hill?

The tracks crossed the river and headed up towards town until the steepness of the hillside meant a tunnel was necessary. 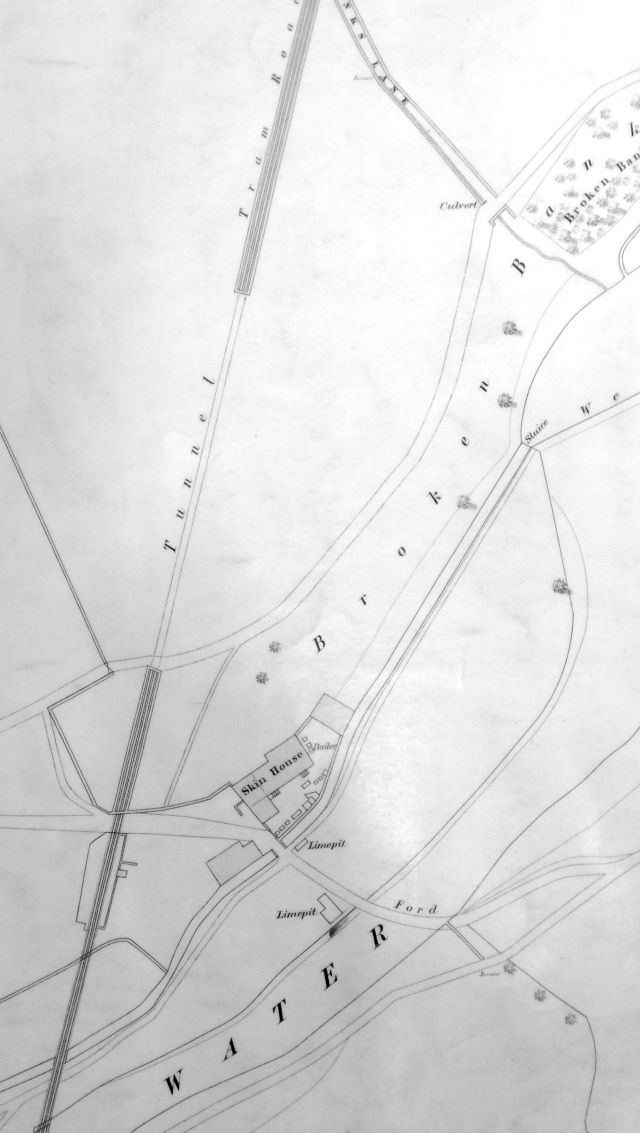 It was some undertaking; not only did the river have to be crossed, but some smaller watercourses and several lanes or tracks too. How all this was achieved? What was the bridge over the river made of? How much and how long did it take to build? Did the tramroad go under or over the lanes, and channels?

The more you look at the map, the more complex the arrangement appears. In the section shown below for example, the initial two tracks seem to become part of a wider system, with two additional tracks running in parallel and extensions right – to the skin house (tannery) – and its boiler – and left, or are these simply walkways or walls ? Their angular nature suggests this as more likely. The absence of a key to the map (I’ve not been able to find one) makes it difficult to interpret. 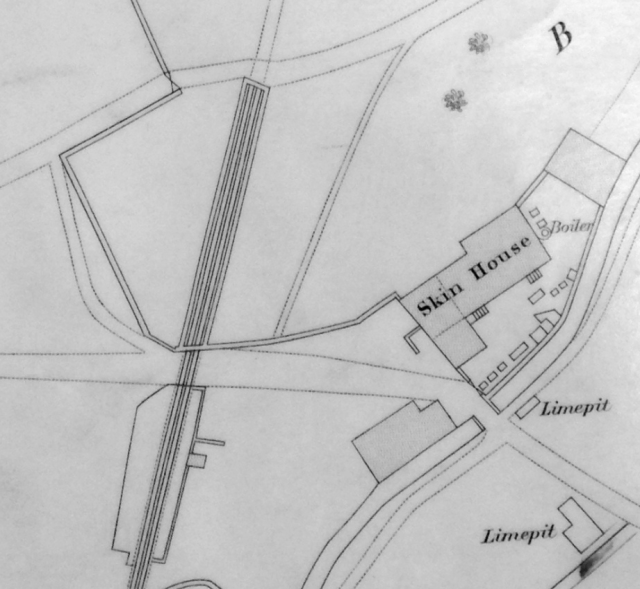 The coal ended its short journey across the valley in a yard next to one of the town’s increasing number of mills. 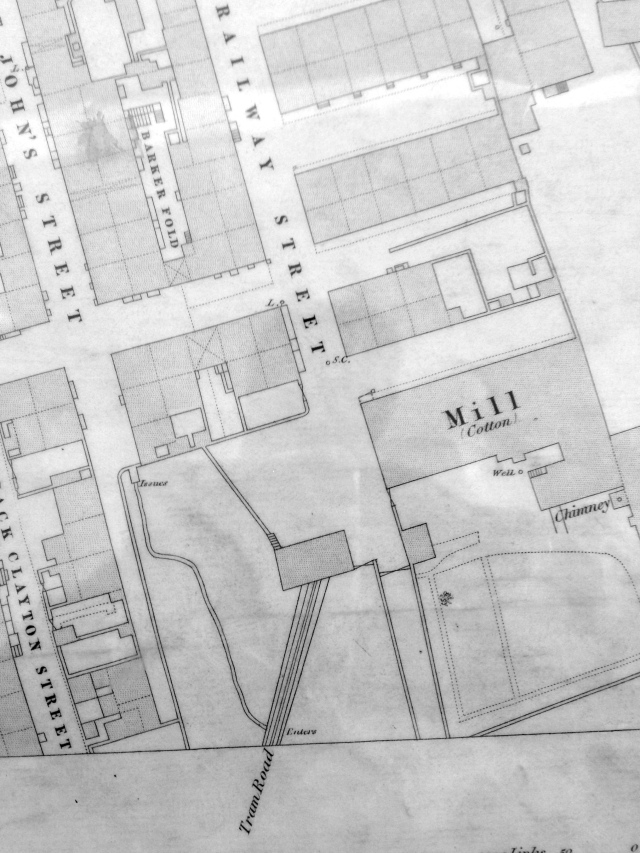 Perhaps the most intriguing question is how the process of getting coal from one end of the tram road to the other was powered. Presumably, prior to the building of the tramway, coal was drawn up to town in carts by horses. Was horse power replaced by steam power when the tramway was completed? The engine house at the drift mouth does have the appearance of being an integral part of the tramroad but, if a steam engine was used to haul the coal trucks from mine to town, it would have been better placed at the higher end of the system. 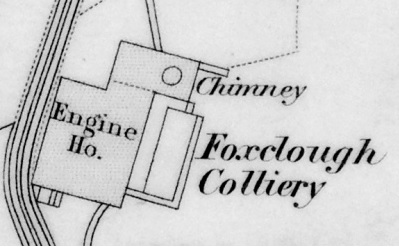 I suspect that the steam engine was pre-existing and used for pumping water from the mine (there was certainly one further up the hillside, doing this job from at least 1805), the tramroad a separate development, giving the horses and their loads a much more straightforward journey into town.

This entry was posted in coal, maps, trade, transport and tagged coal, tramroad. Bookmark the permalink.